Cincinnati Bengals quarterback Joe Burrow reportedly sustained a knee injury in Super Bowl LVI, but he does not have to undergo surgery, according to NFL Network’s Ian Rapoport.

Rapoport reported on “NFL NOW” that Burrow twisted his knee on a fourth-quarter hit by the Rams linebacker Von Miller. He staggered off the field with fewer than 12 minutes remaining in the game after the Bengals failed to convert a third-and-9.

The 25-year-old was visibly in agony as he fell. Burrow walked off the field clutching his right knee. He finished the game, but it was unclear if the injury harmed him in the last minutes.

“I will get checked out after the game when we get back to Cincinnati,” Burrow said shortly after the game. “but I wasn’t coming out.”

Despite the fact that Burrow will need time to recover, the injury “shouldn’t drastically alter his offseason,” as per report.

Burrow had a similar knee injury during Week 11 of the 2020 season. He damaged the ACL and MCL in his left knee against the Washington Football Team. The Bengals medical team decided that it required surgery and a long rehabilitation.

He had to skip the rest of the season and worked hard in the off-season to be prepared for Week 1 in 2021.

One of the biggest concerns for the Bengals is their offensive line. Burrow was sacked more than any other quarterback, going down 51 times in the regular season.

Burrow was awarded the 2022 NFL Comeback Player of the Year after recovering from his knee injury last year. He then lead Cincinnati to its first Super Bowl in 33 years. 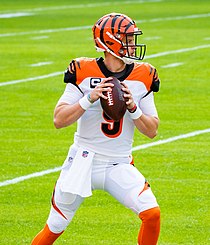 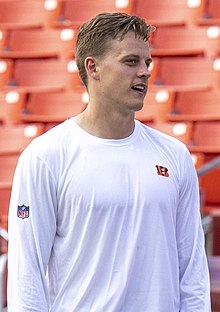 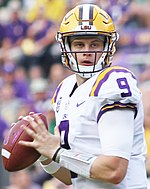 NFL insider Ian Rapoport said Bengals quarterback Joe Burrow is believed to have sprained his knee and will not need surgery this offseason.

https://yahoo.com/sports/nfl-bengals-joe-burrow-reportedly-wont-need-surgery-for-super-bowl-knee-sprain-211732434.html… Now that were in the offseason I will be starting my new Bengal Podcast.

@Bengals get this man the protection he deserves. he is a future hall of famer.