Auburn Tigers forward Jabari Smith recently announced on Tuesday this week that he is slated to go pro, joining the 2022 NBA Draft after a stellar freshman season with the Tigers. Smith helped Auburn to claim the SEC regular-season title in the Midwest, which eventually led him to claim the SEC Freshman of the Year.

In a video announcing his decision parting ways with the Tigers, Smith called the franchise his home and thanked the team for a chance to play in the big leagues.

“Auburn will forever be my home,” Smith said in a video. “It will be a place that is going to be a part of me forever. The long hours in the gym and the weight room have given me this opportunity and a chance to chase my dream of playing in the NBA.”

With a relatively short collegiate basketball career at Auburn, Smith won several honors, including SEC Freshman of the Year, member of the All-SEC first team, and  second-team All American.

Many sports analysts and outlets predicted the top draft prospect to be more than capable of guarding positions due to his body feature and athleticism. CBS Sports’ Kyle Boone sang high praise for Auburn’s 6-foot-10 and 220-pound power forward, praising the player’s shooter ability over the season.

“The son of a former NBA player, Jabari Smith has an impressive pedigree and five-star pre-college credentials. More than that, though, his stellar season with Auburn is what has thrust him squarely into the conversation at No. 1,” Boone explained.

“His development over the season as a shooter and shot-creator should offer some real encouragement for teams betting on his upside.”

Smith averaged 16.9 points alongside 7.4 rebounds and a 42% shooting from three-pointer range with the Tigers. 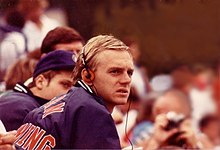 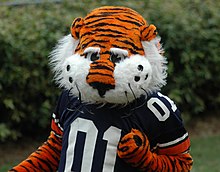