The saga between wide receiver Antonio Brown and the Tampa Bay Buccaneers continues, as Brown criticized the “ongoing cover-up” concerning his ugly split with the Bucs.

The Buccaneers terminated Brown’s contract on Thursday, four days after the player walked off the field during Tampa Bay’s game against the New York Jets on Sunday.

By way of his attorney, Brown claimed that the Buccaneers were forcing him to play while injured and that the events that happened during the Jets game had been spun to make him look bad.

According to Brown, due to his commitment to the game, he initially played despite the pain. But when he couldn’t hold it together anymore, he went to take a seat on the sidelines only to be reprimanded by head coach Bruce Arians who yelled, “What’s wrong with you?”

Instead of calling for medical attention, he said coach Arians ordered him to get back on the field, which he refused. The coach then shouted at him, “You’re done!” as he ran his finger across his throat.

On Wednesday night, Brown issued a lengthy statement saying that the organization covered up an ankle ailment and cut him because he refused to play through it. Those allegations were denied by Arians and general manager Jason Litch, who said Brown did not inform the team before or during the Jets game that he was injured.

As the playoffs approach, the team will try to move on from this ordeal as they finish the season against the Carolina Panthers on Sunday. 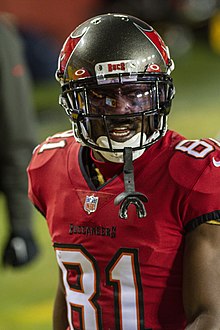 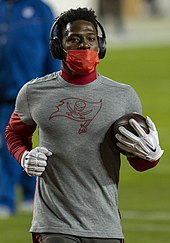 The Tampa Bay Buccaneers have formally released Antonio Brown ... and in announcing the news, the team called its former star a liar.

Antonio Brown released a statement accusing the Buccaneers of executing an “ongoing cover-up”, saying he was actually cut from the Bucs before leaving the field against the Jets on Sunday. : https://buff.ly/3t7oAV3

Apparently this was just one of many very strange incidents. This guy is gonna be Kaepernick'd for different reasons.

AB - “Like a sprained ankle boy, I ain’t nothing to play with”

Antonio Brown finally released by Bucs after going on the offensive, but Bruce Arians says blowup was never about an injury