Former Detroit Tigers outfielder Anthony Gose is back to the majors for the first time in over four years, Jon Morosi of MLB Network confirmed via his Twitter account.

“Great story: LHP Anthony Gose is being called up to @MLB by Cleveland, source confirms @indiansPro report. Gose, 31, last appeared in the majors as a @Tigers outfielder on May 15, 2016. Congratulations to Anthony. What a journey. @MLBNetwork,” wrote Morosi.

The 31-year-old pitcher made his debut for the Cleveland Indians in a game against the Kansas City Royals on Monday as a relief pitcher. In the game, he threw a 100.8 mph pitch to Hunter Dozier to begin the fourth inning. Dozier drew a walk.

“That was pretty special to me,” Gose said. “It meant a lot to get the opportunity to go out there again. It’s been a while. I’m excited to be able to have the opportunity.”

“His story is something that makes me smile, it really does,” Hale said. “He’s not afraid to compete. I didn’t even think about that in those terms. When we brought him in, it was a situation we were trying to get multi-innings from him, keep the game close. He did that but the competitor in him, it really doesn’t matter who’s in the box.”

The Indians lost the game to the Royals 4-2. 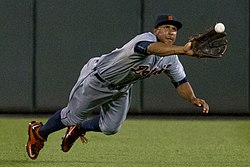 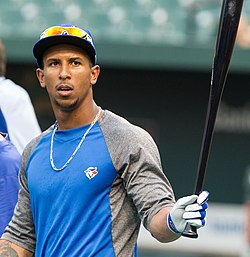