Ahead of Friday’s matchup against England, the U.S. women’s soccer team is still trying to process the findings of abuse and misconduct within the National Women’s Soccer League.

Reports revealed last season that within the NWSL, emotional abuse and sexual misconduct were deeply rooted phenomena affecting not only multiple league teams, but also players and coaches.

Farrelly and Shim claimed Riley was guilty of such allegations during his coaching soccer tenure between 2011-2015, a career that spans three soccer leagues, including the NWSL, Women’s Professional Soccer, and Women’s Premier Soccer League.

Farrelly and Shim both played under Riley’s leadership while he was still coaching for the Portland Thorns from 2014-2015. Their story was made public by The Athletic last September, and Riley was fired from the Courage on September 30.

Yates’ report, released on Monday, revealed that Riley and two other former coaches had been found guilty of abuse and misconduct. The report also noted that each team under the trio was not fully cooperative with Yates’ investigation.

“Abuse in the NWSL is rooted in a deeper culture in women’s soccer, beginning in youth leagues, that normalizes verbally abusive coaching and blurs boundaries between coaches and players,” Yates wrote in the report.

Following the findings, U.S. women’s national team captain Becky Sauerbrunn said that she was horrified by the systemic abuse within the league.

“We are horrified and heartbroken and frustrated and exhausted and really, really angry,” Sauerbrunn said.

As a follow-up to the disturbing findings, U.S. Soccer has promised to implement programs that will protect players in order to avoid future misconduct, while both the NWSL and its players’ association are set to conduct their own investigation.

"I think we all deal with the things that were said in the report. We're still kind of still working through that, in all the ways we do individually."

"It was a difficult day, yesterday, lots of emotions, different emotions. Personally, I'm saddened by the report in everything that we saw in it." 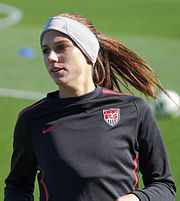 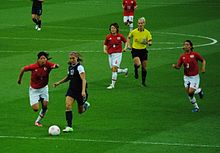