Luka Doncic scored 28 of his career-high 51 points in the first quarter and tied a career best with seven 3-pointers, all made in the opening period, as the Dallas Mavericks beat the Los Angeles Clippers 112-105 on Thursday in Dallas.

Doncic hit seven of his first nine three-point attempts, many of them from beyond the arc, in the highest-scoring quarter of his career, regular season or playoffs. After the first quarter, Dallas led 36-28.

The scoring barrage occurred in Doncic’s first game since the Mavericks decided to trade Kristaps Porzingis to the Washington Wizards. For years, the Mavericks projected Doncic and the 7-foot-3 Latvian as European scoring sidekicks in Dallas, but the link never manifested as anticipated.

“Obviously, we’re going to miss KP,” Doncic said as per ESPN. “We were building something great here. It didn’t obviously work out. I wish him the best, and we’ve got two new guys who are welcome. Bertans is a great shooter. Dinwiddie can put the ball on the floor and he can score. The NBA is a business.

“He went through a lot with the injuries. I think this year, he was way better. Like I said, the NBA is a business, and I wish him the best in the future.”

Doncic could have had a 30-point quarter if he hadn’t missed three of his four free throw attempts. He was 10 of 13 from the field and 7 of 10 from three points before a shot from around midcourt to beat the buzzer went wide right.

“When you feel like that, you just don’t want to be stopped and keep going,” Doncic added. “All the shots felt good. I missed two 3s — even those felt great. They were switching. They didn’t want me to create, so I had to go to work.” 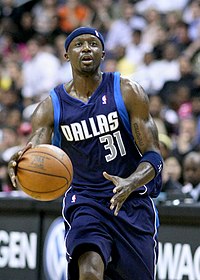 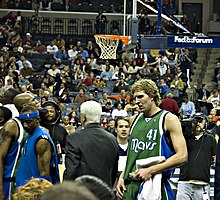 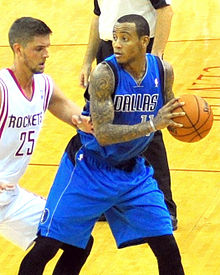